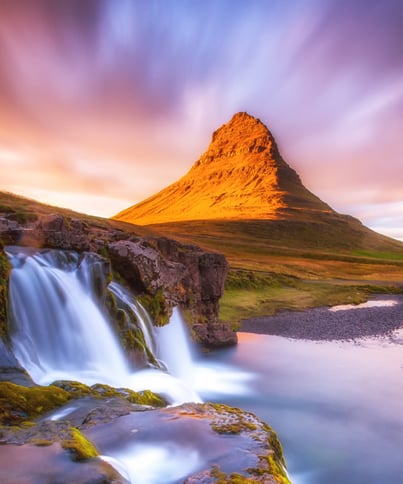 Is AI the Key to Producing Peak IoT?

You already know about IoT. Well . . . at least you’ve heard a lot about it. IoT is surprisingly simple because it generally refers to connected devices producing data where previously there was none. Data visibility certainly produces valuable insights, especially when driven by AI. Don't be confused by the hype surrounding IoT.

Yes, it's rumored to be big; many can only guess as to how large.

At the end of 2013, Gartner estimated that the number of smartphones, tablets and PCs in use would reach about 7.3 billion units by 2020. That sounds like a lot. From: Roundup Of Internet Of Things Forecasts And Market Estimates, 2016

Unsurprisingly, you can see why IoT has been labeled as the next big “thing” over the past few years. With market projections like that, is it any surprise that interest followed? We’ve already seen an initial wave of IoT-labeled products. Some better, some decidedly worse. IoT may have previously given some a free pass for interest and legitimacy. That doesn't seem to be the case anymore.

Five years have passed since the 2013 projection. Many more projections have been produced since. We won't debate its accuracy because the models and assumptions will continue to change. IoT is still a “thing” due to the compelling nature of the market potential. Notwithstanding its history, we have clearly not yet hit peak IoT.

While I’m sure you’ve heard that before, it may help to look at some of the broad trends in the market.

Let’s review the basic question. How do we monetize it? There's much debate about how to design a successful business around IoT. Should business models implement a horizontal approach or a vertical approach? Certainly, no single answer exists.

The horizontal approach produces IoT platforms. Platforms like Amazon and Microsoft have probably had the earliest success in IoT. That isn't a surprise because horizontal platforms focus primarily on Information Technology (IT) infrastructure issues. Their primary concerns revolve around issues such as data integration, security, and connectedness rather than issues of maintenance, controls, and facility management. The latter are familiar topics in the domain of Operational Technology (OT).

The systematic handling and aggregating of IoT data eliminate the creation of independent silos of data. Thus, horizontal platforms will continue to play a significant role in IoT.

The horizontal platform approach runs the risk of becoming detached from the data because they are not necessarily connected to the true value of the data. It’s just data after all, albeit a lot of it. The vertical approach, on the other hand, produces IoT applications. The contextual focus resides in specific use cases that enable end customers to leverage IoT data. Vertical applications have introduced the power of analytics because for them, data in and of itself is not enough. There’s more. There has to be. Otherwise, a vertical application would suffer for its inability to show measurable day-to-day value.

Vertical applications are delivered by developers that have domain expertise. They are subject matter experts. Their detailed knowledge enables them to bring their products and services to life. How else can you envision leveraging the true power of analytics? From wearables to smart homes, numerous examples of IoT analytics already exist in defined vertical markets. Many more will arrive on the scene because subject matter experts are in every field of industry. The Way Forward With IoT and AI

The market demands intelligence . . . anytime, anywhere. Things constantly change. Whether realized or not, you pick up your phone because you expect change. You don't live in a static world.

AI gives expression through meaningful insights derived from IoT data. Above all, intelligence is the goal, not data. Until AI becomes commonplace, we will be nowhere near peak IoT.

The horizontal vs. vertical debate in IoT will continue. Certainly, subject matter experts will continue to find new uses for AI in their domains of expertise. They will need data, Big Data. If IoT can deliver, then it will be exciting to see what they can do.

IoT provides the fuel needed to unleash the full potential of those AI application engines. In turn, AI will bring IoT data to life.

Check out Part Two, Part Three and Part Four of the intertwined nature of AI and IoT