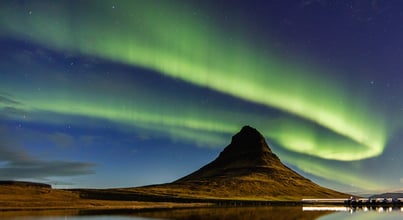 Did You Know that the Future of HVAC is AI and IoT?

In Part One of this blog series, we explored the horizontal and vertical approaches to the IoT market. AI will play a large role in the era of Big Data. We have no doubt because the future of HVAC reveals AI and IoT.

The debate about IoT market strategies will continue because of the expansive, even wild projections for the IoT market. Unfortunately, hype leads to myth, and myth leads to confusion.

Moving forward means taking a step back to look for clues about how the IoT market could evolve. Let’s dive into a practical example from the Smart Home market to see the intertwined role AI has with IoT. HVAC controls have been a key focus of the Smart Home market. As recently as 2017, 41% of U.S. homes had a programmable thermostat, but less than 1/3 of those homes actually programmed it.

HVAC controls have existed for a while. The first thermostat was patented in 1883! As the story goes, classrooms were heated by hot air furnaces operating in the basement of the building. School custodians controlled the heat through hand-operated dampers based on periodic assessments of the classroom temperature. The teacher, Warren Johnson, sought to eliminate these classroom disruptions and developed the technology to maintain a constant temperature in the classroom. Genius! He subsequently launched a company known today as Johnson Controls.

The technology for automated room temperature control has existed for 135 years! Has much changed in the basic temperature control architecture during that span of time? Sadly, we could say, not really. Even today, data from a single temperature sensor controls the actuation of most HVAC units in homes.

"Smart" thermostats represent a very recent innovation, at least compared to the 135-year history. What makes a thermostat “smart”? Programmable schedules and vacation modes? No. Internet connectivity? Not enough. In one definition, “smart” thermostats must have more than two-way communication, they must include “algorithms.” A recent example is GLAS by Johnson Controls. It includes multiple on-board sensors and will adapt to your schedule. It even supports voice commands for user comfort controls. Interestingly, a third-party, cloud-based voice assistant (Amazon Alexa) can pass control commands such as “Set the thermostat to X degrees” to GLAS. Amazon Alexa represents a third-party integration.

This third-party control interface represents a new thermostat architecture that decouples the hardware HVAC unit signaling from the software “algorithms." As has been known for 135 years, an on-site thermostat device can physically transmit a signal that changes the operation of the HVAC unit. The software “algorithms,” on the other hand, can exist off-site in a separate, cloud-based AI analytics engine.

AI AND IoT INTERPLAY IN HVAC

The decoupling of the “algorithms” from the on-site thermostat control allows us to visualize the interplay between AI and IoT. Assume, for example, that a thermostat (basic or "smart") exists in a home. Regardless of the actual thermostat capabilities, a cloud-based AI analytics engine can implement HVAC “algorithms” in a third-party application layer.

The AI analytics engine would need data to run. Where would it get the data? IoT, of course. IoT sensors permit installation throughout a home to collect data from every room, not just the room with the thermostat. The IoT sensors transmit data to the cloud for processing by the AI analytics engine. HVAC commands produced by the AI “algorithms” and delivered to the thermostat would ultimately control the HVAC unit. Certainly, the decoupling of the sensors from the thermostat control unit would represent a significant change from the automated room temperature control invented 135 years ago.

WHERE TO FROM HERE

Many companies have placed their bets on this question. Certainly, the investment community has weighed in as well. It isn’t quite a chicken and an egg problem, but it does reveal the interplay between AI and IoT.

Part One of this blog series noted that AI is the domain of subject matter experts (SMEs). Spread across countless numbers of industries, these SMEs already have existing “algorithms.” They need data, lots of it. If this theory prevails, then AI may certainly lead the way for IoT.

Consider the flip side, however. If widespread IoT deployments existed, then vast stores of data would result. Software “algorithms” could quickly emerge to leverage that data. Under this theory, the existence of IoT data would lead the way for AI.

Regardless of the theory, IoT represents a key technology building block. IoT is necessary, but not sufficient.

Let’s find out how the relative industries of AI and IoT will play out.