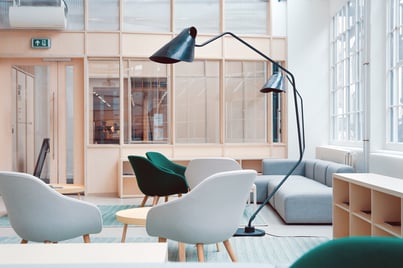 Interest and demand for real-time IAQ visualizations has increased markedly in today’s CRE market. Only a few years ago, modern IAQ measures such as Particulate Matter (PM), Volatile Organic Compounds (VOCs), Formaldehyde, Ozone, Carbon Monoxide, and more, were not considered an essential part of the CRE ecosystem.

Times have changed . . . rapidly. Every day, new commercial buildings are being commissioned without modern IAQ sensor functionality. Sadly, those new “state of the art” buildings are functionally obsolete when considering those IAQ deficiencies.

Tenants increasingly demand IAQ assurances from building owners and operators because the potential health impact of indoor air pollution represents a non-negotiable. Co-working space operators are far ahead of traditional building owners/operators in recognizing this trend in proactively addressing any concerns over a Sick Building Syndrome.

It is essential for building occupants and operators to know the real-time status of IAQ conditions. Exposure to indoor contaminants will undergo increasing government scrutiny as the measurable health impact implicates occupational safety and health regulations.

Real-time Applications Services that include continuously monitored IAQ data will inevitably arise in the marketplace. Many companies have the expertise to build a SaaS Application to deliver such visibility, but few companies have the institutional knowledge to produce the needed IoT device hardware, IoT device software, and IoT communications needed to drive a real-time IAQ cloud application.

For this reason, a bifurcated IoT development model has been proposed to accelerate the time to market for SaaS Application development.

In this framework, imagine turn-key IoT device hardware built with modern IAQ sensors, and which was tightly integrated with Cloud services. Such IoT IAQ hardware, software and Cloud service could then drive development of many types of IAQ SaaS Applications. Every individual industry vertical such as Property Management, Facility Management, Mechanical Services, Construction, etc. could leverage such IoT IAQ hardware, software and Cloud service to build their own IAQ SaaS Application without having any expertise in IoT device hardware, IoT device software, and IoT communications.

Welcome to the Horizontal IoT Solution

IAQ represents just a single example of how IoT can drive rapid SaaS Application development across industry verticals. Imagine this scenario playing itself out in providing IoT captured data such as metering/sub-metering, HVAC, lighting, facility equipment, etc. A true horizontal IoT solution would remain agnostic to the sensor data being collected. More importantly, the horizontal nature of the IoT solution would rapidly drive SaaS Application development across any industry vertical that needed real-time data in the cloud.

Much of the IoT industry today, however, focuses on dedicated IoT products that have little applicability outside of the narrow vertical channel in which it was sold. The inherent specialization of the vertical IoT product has seeded its own demise as it would be incapable of application beyond its singular intended use. The very notion of having to develop and prototype new IoT device hardware/software for a new application is the reason IoT SaaS Applications have failed to scale across industry verticals. Success required each market participant to possess the needed expertise in ALL layers of the IoT Technology stack, including Device Hardware, Device Software, Communications, Cloud Platform, and Cloud Applications. Most mature companies in existence today have little to no expertise in IoT device hardware/software/communications.

A true horizontal IoT solution would enable the bifurcated development model and include an extensible IoT device hardware/software architecture. It would be configurable out-of-the-box to meet the data stream specifications set forth by the developer of the particular SaaS Application. Customization would be accomplished without development and prototyping, a necessary evil for most companies looking to produce an IoT Application today.