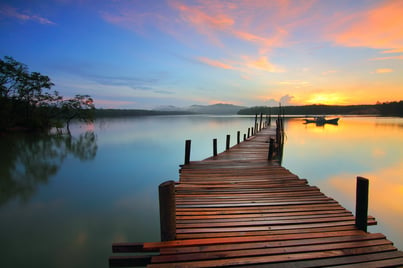 Business leaders have increased confidence in IoT. More and more organizations have skipped the IoT pilot phase in favor of initial implementations. For those that are convinced, the next leg of IoT has begun.

Organizations rightfully needed time to convince themselves of the value proposition of IoT. In the early days . . . or just a few years ago . . . skeptics dismissed its potential, defending the entrenched status quo.

The value proposition of real-time data goes way beyond ROI; relevance in the data-driven economy is the issue. Unless your organization desires to steer clear of the real-time service market, real-time data is non-negotiable. The entire consuming public has been conditioned to expect real-time updates.

The good news? The IoT industry is shifting and consolidating in your favor.

Vertical IoT business models dominated the IoT industry in the initial flurry of investment activity. A vertical market provides the quickest way to articulate a business model, but fails to recognize the breadth of opportunities available with real-time data.

Data has no boundaries.

Every market vertical can benefit. As illustrated below, horizontal IoT platforms pave the way for IoT implementations across verticals. IoT continues to expand with the usage of inexpensive microcontrollers (MCUs) for embedded sensing and control. The MCU sales projections herald a CAGR of 11.1 percent to about 43.8 billion units by 2022. IoT cloud platforms are in the process of extending their reach to the premises via MCUs that can be extended to include additional sensing and control functionality. The level of integration varies, but the intent becomes clear. The latest battleground between IoT cloud platforms revolves around control at the OS level of MCUs.

The key question does not revolve around proprietary vs. open source software licenses in the MCUs. They key impetus is much simpler. IoT cloud platforms appear to recognize that potential OS revenue from the MCUs pales in comparison to the value of providing a frictionless path to enable data streams to connect to their platforms. Once connected, IoT service revenue from hosting, analytics, etc. will flow.

Interestingly, the current level of penetration of MCU-driven IoT applications is minuscule compared to the coming IoT market (e.g., $1.2 trillion in IoT spending in 2022).

It is safe to say that whichever IoT cloud platform cracks the code to a truly frictionless MCU framework will gain a key competitive advantage. That advantage may very well tilt the balance of power amongst them; profits and market share will inevitably follow.

The battle lines are being drawn amongst the IoT cloud platform vendors. Extension of their horizontal platforms to seamlessly enable rapid acquisition of MCU-driven data streams will intensify. The best-in-class will acquire a disproportionate share of IoT traffic. Fascinating.

Network providers such as Verizon, Sprint & AT&T face an interesting future. Aside from partnerships with IoT cloud platforms, MCU-driven traffic remains agnostic to the WAN. Traditional telecom operators face a slowdown in their core businesses, and will likely seek to diversify into the IoT market. Unfortunately, traditional telecoms only appear to offer MCU development kits without the MCU integration offered by the horizontal IoT cloud platforms.

LPWAN providers face a similarly uncertain future as they scramble to acquire traffic onto their communication platforms. Their business thesis appears even more questionable today due to the non-essential nature of the WAN layer in relation to the complete technology stack being formed by horizontal IoT cloud platforms.

Again, we shall see.

The future has not been written, but its outline has certainly taking shape. IoT cloud vendors have built their platforms and now march towards traffic acquisition. While they appear to have taken the rally cry from LPWAN providers, their extensive resources and current standing in the IoT market ensures that they may well hold the keys to the future of the IoT industry.