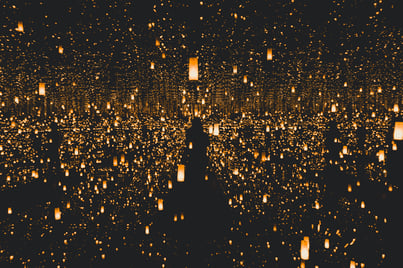 BAS integration of HVAC system retrofits faces a number of practical challenges. Building modernization to combat obsolescence will continue to force the issue.

Today’s BAS integration efforts are hampered by constraints imposed by wired networking. It has been estimated that new wiring costs can make up anywhere from 20% to 80% of the retrofit project costs. This, of course, does not consider the project delays incurred due to the time it takes to scope and install new network wiring.

Many have accepted these exorbitant expenses as a necessary cost of building modernization. That would be incorrect. IoT has injected new life into traditional BAS integration projects, simplifying project complexity and providing critical flexibility in addressing a wide range of retrofit scenarios.

The Cloud Has Removed Limitations Imposed by On-Site Networking

In either case, conventional on-site networking topology would be preserved.

IoT I/O modules break the networking restrictions of this framework. IoT I/O modules would connect to an off-site cloud core either directly or through an intermediary gateway device. From the cloud, connectivity to the BAS can be implemented at any point in the BAS network.

Consider, for example, an IoT thermostat installed in a remote part of a building or campus. The IoT thermostat would establish a WAN connection to the cloud for delivery of sensor data (e.g., Temperature, Humidity, CO2, etc.) and for receipt of control commands (e.g., setpoint changes). The cloud can then present a virtual I/O interface of the IoT thermostat to a centralized BAS at any part of the network in that building, or even in another building. This would obviate the need for potentially complex on-site networking using wired and/or wireless network links.

IoT is renowned for simplicity. IoT edge devices typically feature tight integration with the cloud OS, thereby ensuring real-time data visualization in the cloud with zero-touch on-site configuration. IoT removes the complexity of adding new I/O modules to a building’s sensor infrastructure. Do you want Indoor Air Quality (IAQ) data from a conference room? Simply, attach a wireless IAQ module to the wall, turn it on, and see real-time visualizations of the IAQ metrics in the cloud within minutes. It is that easy.

Once the additional I/O modules have established a connection to the cloud, the entire set of additional I/O modules can be integrated into the BAS at a single virtual I/O interface. For example, assume that five different IoT thermostats were installed at scattered locations within a building. A single virtual I/O interface can be used to present the five different IoT thermostats to the existing BAS for integration.

Building modernization efforts will continue to increase as building owners and operators increasingly compete to satisfy demands of potential tenants. BAS integration projects will form part of that solution. Cloud-based IoT solutions can radically simplify the complexity of the much-needed BAS integrations.