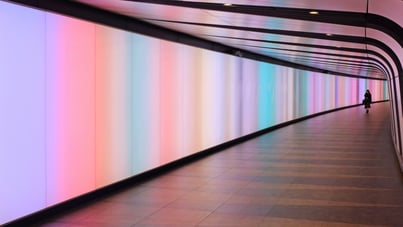 Pausing Before the Next Leg of IoT, Pilot to Implementation

The premise and promise of IoT continues to rage amidst a whirlwind of activity. Forecasts abound with recent projections estimating $1.2 trillion in IoT spending in 2022. We’ll see.

Let’s pause for a moment, take stock of the evolution of the IoT market, and consider the next leg in the journey.

Set aside for now the barrage of market projections, business models, and punditry about where we’re going; we aim to simply examine where we are now. To do so, we review the short history of the IoT market.

Predictions are easy to make. Many, of course, miss the mark. It is fascinating to review market perspectives pronounced years ago with the benefit of today’s hindsight. Let’s take a look at one prediction from 2013, which begins with the following:

“As IoT products start rolling out, two different business models have emerged: One is vertical, the other horizontal. It's anyone's guess as to which will thrive or if hybrids will arise.”

Vertical IoT business models dominated initially as the flurry of investment activity rushed into the next big thing, IoT. And who can blame them with the inflated total addressable market projections? Early vertical business models likely got a free pass during the early IoT land rush. A cynical view could even say that investment behavior and startup activity exhibited a loose correlation to the infamous dot-com era.

The IoT Miscalculation and a Shift in Emphasis

Vertical IoT business models were easy to launch; they sprouted quickly with a specific product that targeted a narrow vertical market. The vertical products were initially received with much joy, but the fanfare and enthusiasm has diminished. Why?

More problematic, however, is an inherent deficiency with vertical-centric thinking. Specifically, products in narrow market verticals prescribe a solution to the customer. This wouldn’t be an issue if all customers required the same solution. In the enterprise market where complex data analytics reign, a one size fits all mentality has limited appeal. Would a vertical solution effectively respond to a customer-driven specification of a data set they require?

The vertical vs. horizontal debate will continue. Winners will continue to emerge over time as the IoT market evolves. Let’s look at where we are today.

Setting aside opinion, the current set of winners in the IoT market appear to be horizontal IoT cloud providers AWS, Microsoft Azure, and Google Cloud. As of a Q2 2018 report, AWS dominates the public cloud market with reported revenues of $6.1 billion. “While Microsoft Azure is gradually catching up to Amazon, it, along with Google Cloud Platform, lags behind AWS in market penetration and adoption.”

Herein, lies one of the conundrums still facing the IoT market. According to a current IoT prediction for 2019, business leaders are growing more confident in IoT with more and more organizations skipping the IoT pilot phase in favor of initial implementations. One inference is that the value proposition of real-time data using IoT has been proven, and business leaders are ready to move ahead with IoT solutions today.

Unfortunately, it appears that the leading horizontal IoT cloud platform has tools limited to device development, not solutions ready for deployment. Perhaps this strange disconnect is illusory. Could business leaders indeed be ready to deploy IoT device solutions that don’t yet exist? If such a scenario is currently unfolding, then hints to the near-term IoT market evolution exist. Two possibilities amongst many could be in play.

Do business leaders ready to move ahead with IoT implementations look to vertical IoT business models to fill the gap temporarily? Or, will horizontal IoT cloud platforms extend their offerings with ready-made IoT solutions that shorten the time to actionable data?

History has provided us with context to how the IoT market has arrived at the present. The next leg of IoT will continue to define the push-pull nature of the battle between vertical and horizontal IoT business models. We make no prediction on the outcome.