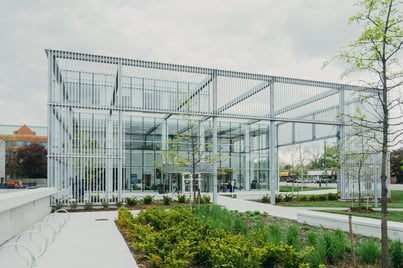 A BAS provides critical functionality to today’s commercial and industrial buildings. Increasing concerns about energy efficiency and building sustainability have placed a glaring spotlight on the performance of the BAS in properly controlling HVAC functionality. That HVAC equipment can commonly represent 40%-60% of a building’s total energy consumption, concretely justifies such scrutiny.

Technology continues to advance HVAC performance and sustainability trends in the industry. Continued growth is expected as building owners and operators grapple with the inevitable onset of obsolescence in a building’s BAS infrastructure. Technological obsolescence inevitably descends due to building age, but functional obsolescence increasingly disrupts.

Whenever needed or desired functionality cannot be delivered, the currently-installed BAS is functionally obsolete. The Internet of Things (IoT), the shift from products to services, and stakeholders’ desires for real-time visibility have all accelerated the onset of functional obsolescence.

BACnet represents one of the most popular open protocols used within building automation and energy management systems. BACnet devices can communicate with one another over a network, which typically consists of wiring installed during initial construction and building commissioning.

The network communication typically includes the Internet Protocol (BACnet/IP) and Master-Slave Token-Passing (BACnet MS/TP) facilitated by an RS-485 network. Supervisors typically reside at the IP level while I/O modules and communicating thermostats reside at the MS/TP level. Controllers can be found at either level functioning as servers or in some cases as client/servers. BACnet networks can be interconnected using BACnet routers. Non-BACnet devices, such as Modbus, can be connected to a BACnet network using a gateway device.

Addressing obsolescence in this context implicates a retrofit of an initially commissioned BAS network. These retrofits typically involve the addition of I/O modules and thermostats to modify or augment the initially commissioned building automation and control network. These additions would require the installation of new wiring to connect those additional I/O modules and thermostats, a much more difficult proposition when considering an in-service building.

For this reason, the new wiring costs can make up anywhere from 20% to 80% of the retrofit project costs. This, of course, does not consider the significant project delays incurred due to the time it takes to scope and install new network wiring.

The obvious appeal of using wireless devices centers upon unobtrusive installation within occupied buildings. That isn’t entirely true, however. Extension of the existing BACnet network may still be required, necessitating the installation of new wiring to the installation point of the gateway device.

This may not sound prohibitive, but can become significant should multiple gateways be required to support the integration of the various wireless I/O modules and thermostats scattered throughout the building or complex. A tradeoff to be sure, but not an obviously easy answer when considering project logistics as well as installation costs. The tradeoff becomes even more unfavorable when the density of I/O modules and thermostats per gateway device drops. For example, if a single gateway device is installed to support a single wireless I/O module (e.g., Indoor Air Quality sensor), then the economics become especially unattractive when considering the total cost per newly added data point.

In general, the conventional integration of wireless I/O modules and thermostats into an existing wired BAS infrastructure suffers many of the same problems as extending a BAS network with new wiring. For this reason, it is understandable why retrofit plans would forego wireless retrofits and continue with the familiar, albeit more expensive, wired retrofit propositions.