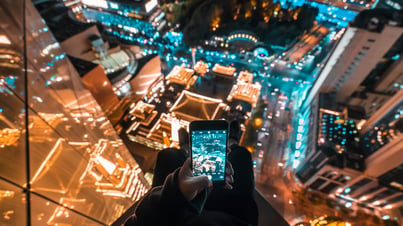 Build an IoT Application to Compete in an Emerging Service Market

Few companies today have the expertise to build a complete IoT application to compete in the emerging market for real-time services. A bifurcated development model accelerates the timeline to deliver solutions for real-world operational problems.

In the five-layer proposed framework, the two layers to the right (Cloud Platform and Cloud Applications) represent the familiar territory of SaaS Application developers. Much less familiar today are the three layers to the left (Device Hardware, Device Software, and Communications), which represent the focus of much IoT discussion today. Relatively speaking, SaaS Application development leads the way with familiarity, while IoT device hardware/software/communication remains a relative mystery.

This state of affairs explains the rise of horizontal IoT cloud platforms. As illustrated, IoT cloud platforms such as those commercialized by AWS, Microsoft Azure, and Google Cloud enable the creation of IoT SaaS Applications in specific market verticals. Filling in the Bottom of the IoT Technology Stack

To provide a truly turn-key service to enable rapid SaaS Application development built on IoT data, horizontal IoT cloud platforms have sought to provide the tools to ingest relevant IoT data. In other words, they have tried to fill in the first three layers of the IoT technology stack (i.e., device hardware, device software, and communications). What is still needed is turn-key IoT device hardware and device software that is solution ready. In other words, horizontal IoT cloud platforms are still pursuing IoT device hardware and device software solutions that are ready out-of-the-box to gather real-time data streams needed for particular SaaS applications across industries. This will effectively create a turn-key data service made available to IoT Application developers across various industries.

When such a feature becomes available, then a prominent obstacle to IoT application development will be removed. Expect rapid advancement in the spread of IoT applications across industries when that occurs.

The bifurcated IoT development model is coming. Horizontal IoT cloud providers inherently recognize the need as they continue to push down the IoT technology stack from the cloud to IoT device hardware. Out-of-the-box solutions of the entire technology stack beneath the SaaS Application layers are on the horizon.