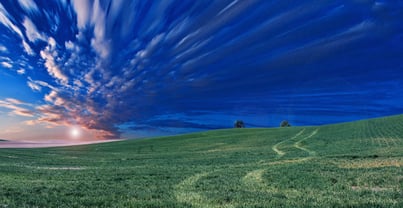 Solve the Smart Building Problem and Why IoT Starts with OT

Many question IoT. They’ve heard too much, quite frankly. Varied industry opinions and viewpoints have built business propositions, but the questions linger. We continue to explore the “WHY” behind IoT.

Our previous blog explored the proposition that IoT revolves around Operational Technology (OT), not Information Technology (IT). Let’s delve in deeper.

In one definition, OT represents the hardware and software that detects or causes a change through the direct monitoring and/or control of physical devices, processes and events in the enterprise. IT, on the other hand, typically focuses on data infrastructure concepts such as computer networking, switching, security protocols, data integration, databases, etc.

The distinctly different focus of OT vs. IT helps distinguish much of the chatter around IoT.

IT Products Looking for a Problem

Hierarchical IT thinking reveals the hidden motive lurking behind large segments of conventional IoT wisdom. To many IT pundits, IoT represents a mere extension of the IT infrastructure as they push out from the core to the edge. Legacy IT players unveil IoT Gateways under this unifying vision. A common product description appears indistinguishable from conventional IT gear. They often note feature sets that integrate technologies and protocols for networking, embedded control, and enterprise-grade security. More of the same it seems. Lost in the fog is whether the products solve a particular problem?

This remains the most significant drawback of IT-centric IoT products. They represent a solution looking for a problem. IoT just happened to represent a market that needed another aggregation layer switching product. They built it assuming that the IoT market would need it eventually, that all IoT roads must pass through their territory. Pundits will continue their attempts to convince the market that IT . . . err . . . IoT is the focus. We’ll see.

If you turn the conventional IT paradigm inside out . . . literally . . . you will understand the OT-centric view fueling the actual need for IoT. IT-centric thinking begins at the core, while OT-centric begins at the edge.

In one description, “edge computing eliminates, or at least de-emphasizes, the core computing environment, limiting or removing a major bottleneck.” This view aptly describes why IT-centric thinking wants to entrench itself in the IoT world. Everyone wants to be relevant in the IoT technology value chain.

OT at the Edge

The edge represents the playground of IoT. The edge happens to be the location at which inexpensive wireless devices detect or cause a change through the direct monitoring and/or control of physical devices. What physical devices? Here’s one broadly stated example of potential devices in the OT world.

Life at the OT Edge

IoT at the OT edge de-emphasizes the IT core in a building. IoT need not even utilize an IT network in a building for transport to the cloud. The traditional IT core in a building facilitates the various connections between computing assets and local and/or off-site servers. Common applications of IoT in a commercial building can, but need not, seek transport through the IT core. Most IoT applications feature low bandwidth traffic that can be carried via simple 4G cellular data connections. Isolation and segmentation of IoT traffic from the IT network has significant security benefits.

But let’s get back to the actual problem. Why would any enterprise want to leverage IoT hardware?

Is there an energy consumption problem that requires metering and sub-metering data? Do you have a predictive maintenance problem that requires granular data from critical HVAC assets such as cooling towers, chillers and roof-top units (RTUs)? Does an environmental condition problem exist that requires Indoor Air Quality (IAQ) data? Any one of these problems can be addressed using inexpensive IoT devices at the OT edge without involving the IT core. Whether large or small, OT problems require solutions. This OT context explains why IoT remains central to the smart building problem, not at the periphery.

As these examples illustrate, IoT becomes relevant especially when specific OT problems in a building arise. IoT solutions in this context target the problems with surgical precision. IT-centric solutions, on the other hand, often represent blunt instruments that present a one-size-fits-all mindset for execution.

The Rise of AI

IoT at the OT edge provides the framework to understand the inevitable partnership of Artificial Intelligence (AI) and IoT. IoT provides the fuel for Artificial Intelligence (AI) and Big Data. The increased availability of real-time data will facilitate the rise of Subject Matter Experts (SMEs) that can deliver solutions to those problems. SMEs need data to do their thing. More importantly, they need custom real-time data sets to facilitate machine learning, anomaly detection, fault detection and diagnostics, predictive maintenance, and more. All of these AI tools will be given expression by application developers when producing true insights at the OT edge.

More than IT connections, it’s about delivering insights from data. IoT enables AI to deliver the answers.