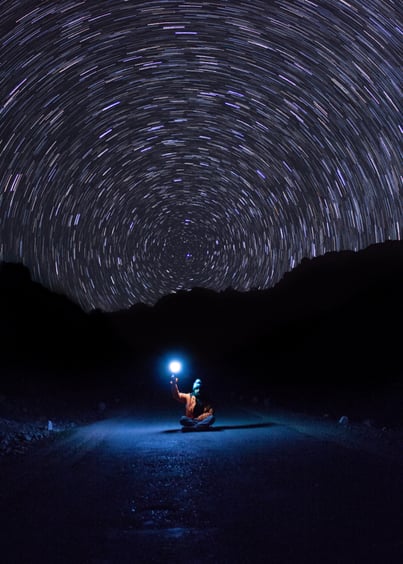 The Internet of Things (IoT) continues to advance in reputation and recognition. IoT holds such promise. Because the scope of application encompasses almost everything, confusion often results. How exactly should I think about IoT? What exactly can it do? Most importantly, why should I care about IoT today? IoT unfortunately suffers from its definition. One example defines IoT as a computing concept that describes the idea of everyday physical objects being connected to the Internet and being able to identify themselves to other devices. This doesn’t mean much because of its all-inclusiveness. This definition suffers most of all because of an emphasis on connection.

The emphasis on connection misses the point of IoT. Are connections important? Of course! Our daily experience relies on connections facilitated by networking, security protocols, data integration, etc. All of these concepts represent the classical domain of Information Technology (IT). If you approach IoT with IT-centric thinking, however, you will diminish the significance of what IoT can provide.

To illustrate, let’s refine our focus from the global view of the Internet to a specific context where IoT delivers insightful results - commercial buildings. We detail below four ways IoT breaks traditional mindsets.

IoT is About OT

The business case for IoT in commercial buildings often revolves around Operational Technology (OT) not IT. In one definition, OT can represent hardware and software that detects or causes a change through the direct monitoring and/or control of physical devices, processes and events in the enterprise. Certainly, IoT hardware can directly gather monitoring data from assets in a building. For example, IoT hardware can monitor energy consumption using metering and sub-metering, monitor critical HVAC assets such as cooling towers, chillers and roof-top units (RTUs), and monitor Indoor Air Quality (IAQ) and environmental conditions.

As these examples illustrate, IoT focuses on the acquisition of monitoring data AND the analysis of the data to alter building processes. This OT focus of IoT represents a stark contrast to generic concerns of connections that remains the focus of the domain of IT.

To further illustrate the distinction between OT and IT, consider the fact that commercial buildings already include an IT network infrastructure. This traditional form of networking facilitates the various connections between computing assets and local and/or off-site servers. Common applications of IoT need not rely on the IT infrastructure. In fact, many applications of IoT in a commercial building can be accomplished via low bandwidth cellular data connections.

IT-centric perspectives of IoT often focus on too big of a problem. While connectedness and integration represent non-negotiables in the world of enterprise IT networks, OT problems rarely demand such an all-or-nothing approach. Simply stated, IoT need not solve every possible problem in a building all at once to be valuable.

Retrofit applications of IoT can target specific needs with surgical precision. The problem in the building has to be the focus. Whether large or small, problems require solutions. IoT implementations can scale to the particular problem at hand to assure proper ROI.

For example, assume that a building has concerns about IAQ. Those concerns can emanate from a tenant that requires assurance after recent construction activity, from a building owner/operator that seeks certification under WELL or Fitwel, or a portfolio manager that seeks to increase the digitization of commercial building assets. Regardless of the source of the concern, IoT provides a solution that leverages wireless IAQ nodes that can be installed using unobtrusive retrofits. Should the building require further functionality to promote energy efficiency using real-time sub-metering of HVAC and lighting circuits, additional IoT retrofits can then be applied to the building.

As this example illustrates, IoT retrofits can address the specific OT problems in a building. This removes the need to address large communication infrastructure issues typically demanded by IT-centric interests. The surgical precision by which IoT can address specific OT problems leads to a further benefit, lessened security risks. One of the key tenets of cybersecurity relates to the simple principle of segmentation and isolation. These measures help reduce the attack surface even as the IoT infrastructure expands.

No particular reason exists for IoT traffic (i.e., monitored sensor data) to travel on corporate intranets. The primary impetus arises from IT-centric thinking. IoT sensor data typically requires low-bandwidth communication links to the cloud. Often, 4G cellular WAN connections can accommodate such low-bandwidth requirements. Separating IoT traffic from the building’s existing IT infrastructure simplifies the installation process. IT personnel remain notoriously difficult. If you desire to inject IoT traffic onto their IT network, prepare for a lengthy security questionnaire and vetting process. Not unreasonable, of course, but certainly points to the fact that IoT traffic need not depend on IT network transport.

Segmenting and isolating IoT traffic from the IT network reduces the security risk presented by IoT substantially. Gaining access to the IoT installation will not provide access to the general IT network. Security therefore increases.

OT of the Future

IoT provides targeted insights about buildings. IoT provides the fuel for Artificial Intelligence (AI) and Big Data. The increased availability of real-time data will facilitate the rise of the Subject Matter Experts (SMEs). Many today wait for the singular IoT product that will dominate the market. While possible, the true value of IoT may be found in the SMEs that can leverage the newfound real-time data to deliver new insights and changes to existing processes in buildings. Their algorithms, developed by years in the field, will find life with access to real-time data.

More than connections, IoT heralds the rise of data. With it, SMEs can unleash the promise of IoT in the OT world. We can’t wait.