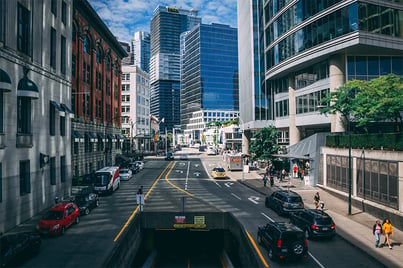 It is imperative that commercial buildings in their quest for profit maximization take into consideration the effects of several variables on their profit-making goal. Some of these variables, even if nonfinancial in nature could have a direct financial bearing on the commercial building's profit. One of these nonfinancial factors with a potential bearing on a building's net operating income is indoor air quality (IAQ).

Indoor Air Quality (IAQ) as written about in our previous articles refers to the quality of air in and around the immediate surroundings of commercial buildings. This air quality as per the American Environmental protection Agency (EPA) could range from very good to acceptable through acceptable to toxic, on the 0 to 500 rating of the EPA IAQ rating table - which shows an increase in toxicity as the value increases from 0 to 500.

What is Net Operating Income (NOI)

Property metrics defines it as

"Net operating income (NOI) is simply the annual income generated by an income-producing property after taking into account all income collected from operations, and deducting all expenses incurred from operations." To have an in-depth understanding of what NOI is with respect to commercial buildings, let's have a detailed look at each of the different parts constituting the formula above.

Simply put, this is the sum total of all the income that could be possibly gotten if all the rooms within a commercial building were to be rented out for a definite duration - usually a year. For example, if a commercial building were to have 35 floors with the rent from each floor coming in at $45,000 per year, the potential rental income should all the floors be rented out will be ($45,000 * 35 floors = $1,575,000) one million five hundred and seventy five thousands per year. However, should the entire building not be put up for rent, the potential income of the unoccupied floors will be calculated using current market rates. Let’s assume therefore that the commercial building in question above only had 3 floors rented out with the current market renting price per floor standing at $40,000 per year, and every other variable remaining the same as above, the potential rental income for the commercial building will be calculates as follows:

As shown in the formula, this is the difference between the potential rental income of a commercial building and its vacancy and credit losses. In other words, it is the net cash received from renting out commercial building space for a given duration - usually a year.

Like most businesses, commercial buildings can generate income through other activities that are not necessarily related to its main commercial activity of providing occupant space through rentals. The towering nature and prime positioning of most commercial structures makes them very suitable for advertisement and publicity purposes. Some buildings have also been known to be used for acting and tourism. All these other sources of income, which are not directly related to renting, are what make up the 'other incomes' category.

This is the result of adding effective rental income to other incomes. It could also be calculated as follows:

The following points demonstrate how a commercial building's IAQ can either positively or negatively affect its NOI.

In the case of IAQ and vacancy, acceptable IAQ by a commercial building could make for that one reason why occupants flock for its spaces. In a market where competition is high, occupants are prone to check pass the usual for additional health benefits when in search of space. Also, given that a direct relationship can be established between IAQ and performance. A commercial building which publicizes its good air quality could not only benefit from all year round occupancy, but could as well drive up its prices due to increase demand for space.

Perhaps, the only other thing worse than having unoccupied space in a commercial property, is hoping to receive income from currently occupied space, only to end up with a default. Rental default occurs when building occupants after haven stayed in a commercial building are unable to pay their agreed rents. Default could be either full or partial. With a full rental default, the occupant does not pay up for the full duration of stay, while a partial default will only imply part payment for the whole duration of stay.

Where the IAQ of a commercial building is poor, there is a possibility for high rental default. Tenants could actually site the poor quality as reason for default - during lawsuits. Several states in America, and countries the world over usually has minimum air quality standards, which commercial buildings must meet to ensure the health of their occupants. Not meeting these standards could lead to an increase in rental default, which leads to a reduction in gross operating income, and hence a fall in NOI.

As earlier mentioned, other incomes are derived by commercial buildings from other activities that are not directly related to renting out of space. These incomes, which could come in through tourism, film acting, advertisements, etc, have the potential to substantial lift up the upper half of a commercial building's statement of comprehensive income, and without doubt, it’s NOI.

So what do advertisement agencies look for when deciding on whether to approach a particular commercial property to have their billboard hung on its side? The simple answer is foot traffic. Foot traffic will imply the number of people who go pass the building for giving duration - daily, weekly, monthly. A commercial building with noticeable poor air quality will in tend have poor foot traffic due to its poor IAQ. This will obviously serve as a deterrent to other income sources. Good IAQ could therefore mean high other incomes.

In conclusion, we are already aware of the fact that indoor air quality (IAQ) is critical to commercial buildings – to attract tenants, to retain long-term leases and to reduce liability due to poor IAQ issues. This has a direct impact on the net operating income (NOI) that any commercial building can potentially gain. The factors that impact NOI include poor indoor air quality issues which results in default rental payments, increased utilization of all the available space of the building due to good IAQ measures and finally, attracting additional income sources due to good IAQ practices. These factors prove that IAQ can make or break the NOI of a commercial property.