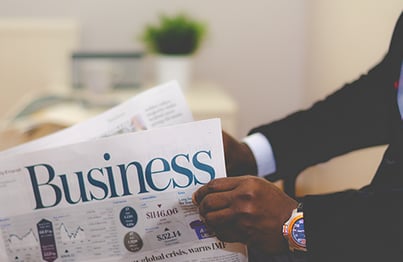 Should occupants needs be satisfied by constantly upgrading your commercial property, thereby increasing the property’s value and associated insurance premium; or should you hold back on property upgrades and lose out on market share?

So what is IoT or Internet of Things ? According to Jacob Morgan, author of “The future of work”, IoT is defined as “the concept of basically connecting any device with an on and off switch to the Internet (and/or to each other)”. It implies communication between heat sensors in different apartments to surveillance cameras in the lift and metered utility consumption. IOT can be summarized as a huge network of interconnected people and things aimed at optimizing performance.

Intelligent building solutions are now used as tools to improve specific facility systems—HVAC, lighting, and physical security by making use of connected devices. Once the devices are connected, the next step is collecting data and analyzing it to be communicated visually. Thus intelligent building technologies improved the operations of equipment and demonstrated value by increased energy efficiency, decreasing maintenance and utilization costs and increasing the tenants’ satisfaction.

Because IOT allows communication between all the devices and people within a commercial building, building managers get to have more control over their building. They can use the IOT to set in place critical levels at which alerts could be issued, prompting preemptive actions; Or automated actions taken (like shorting down the building’s power grid in case of a potentially dangerous power outage) to prevent the occurrence of a given risk. A building with such amenities no doubt will have more value than a similar building without such a smart innovation.

Security has always been a major concern since the creation of man, and it accounts for our nation’s single largest spending. By running a smart commercial property with the Internet of Things, it enhances the experience of the occupants of the building. Occupants naturally will correlate this enhancement with a security value, which could lead commercial building owners and managers to charge more per square foot than their counterparts who aren’t using the Internet of Things.

The Internet of Things ability to create liaisons between everything running on technology within a commercial property gives the occupants of a commercial structure a sense of security. The occupants know that at any point in time, the building’s management has total control over all sectors of the building and will be alerted before time to any potential calamity. The value of occupant safety created by IoT thereby increases the value of a Commercial property.

IOT Integration in to a Building Management System (BMS)

When BMS or Building Management system was first introduced in to the market, commercial property managers saw it as the hottest piece of innovative tech. BMSs allowed them to manage occupants, utilities and bills.

These systems however had a limitation in that they couldn’t tell if the stress level in a pipe was high enough to make it rupture. As such, commercial building owners running only on BMSs are reactive instead of proactive. Through the integration of IoT in to commercial properties, building managers could have more accurate building analytics. This can be achieved through the installation of sensors and actuators in to critical building operations such as power grids and stress points in the buildings. Because commercial property mangers incur cost in the purchase and installation of these devices, it automatically adds to the value of the commercial property.

Getting all of these sensors, actuators and systems to work together, provides building managers with critical information, which could help invaluably in portfolio management and projecting their property value.

A critical factor in the calculation of the premium of a commercial property is the possibility of risk occurrence. Commercial property insurance typically covers water and fire risk, alongside a host of other risks not usually considered as “acts of God”. In the case of a fire risk, what the insurer will be looking to see is the possibility of the occurrence of a fire accident. Factors determining the possibility of such a risk will include external factors (annual temperature heights, nearness to industrial complex or fuel station) and internal factors (number of occupants, number of electrical and gas appliances including activities of occupants).

On the other hand, IoT through its infinite web of continuous interconnectivity could alert building managers as to the possibility that an increase in room temperature from a coffee maker, coupled with the external temperature picked up by heat sensors could potentially lead to a fire hazard. With these information and alert, the management of a commercial building could then take instant steps to curb the fire before it ever occurs. Such a proactive measure is an effective deterrent to the possibility of a fire accident, and will definitely drive down the value of annual premiums of commercial properties using IOT.

Hence, in increasing the commercial property’s value through the implementation of IoT, the property’s management would have effectively driven down annual premium.

In conclusion, IoT solutions are increasingly being adopted by buildings. It provides benefits like security and control of data, tenant satisfaction and lower cost of energy consumption.

This helps buildings to show a competitive advantage in a crowded marketplace and hence increase their property value.