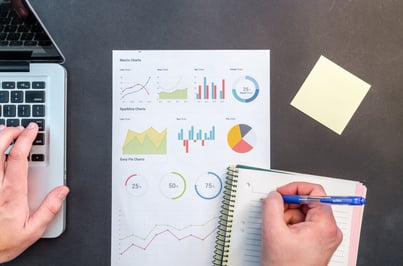 What is MVLR and Why it is Important

There is no denying in this day and age that everything is somewhat interconnected. This web of interconnectedness implies a direct or indirect influence (relationship) of variables (things, activities) on each other. An attempt to take in to consideration all the variables influencing an activity will be impossible and utterly inefficient. This is why it is only prudent for businesses and operations to only take into consideration the primary variables influencing their operations. To better understand the relationship existing between variables, mathematician Pearson came up with multiple regression. Multivariate linear regression (MVLR) is a statistical model that is used to test hypothesis, for data analysis, generate a measure of effect and describe co-relations between data.

The main difference between Simple and Multiple regressions is the number of variables involved. With Simple regression analysis, the aim is to establish the effect of one variable (independent variable) on another (dependent variable). For examples: the impact of fog on smoke sensors, or perhaps the effect of building analytics on building management. In both cases, the aim is to find out the relationship existing between two variables only.

Establishing a linear relationship between explanatory and predictor variables comes with inherent predictive value. If a robust process is implemented in the collection of both the dependent and independent variable, businesses will be able to build efficient models. Using the models, it becomes possible to reasonably predict the impact of different data points of the explanatory variable on the dependent variable. Forecast is essential for every operation because it provides information before hand of possible occurrences. Management uses this data to plan or alter variables based on available resources to keep in line with business strategy. Models can be created for every part of an operation to encourage efficiency.

For the efficient management of energy in commercial buildings, the building’s management could use MVLR to study the impact of temperature, weekday index and humidity (independent variables) on the building’s electricity consumption (dependent variable). Based on the results, the weather pattern of the anticipated duration in conjunction with its weekday index can be used to reasonably forecast the building’s electricity consumption. Forecast is invaluable as it has a spillover effect on budgeting.

Multivariate linear regression model (MVLR) can be used to assist with decision-making. As a predictive tool, MVLR can be relied on making present day decisions better, which in turn can have lasting and profound effects on the future.

In the energy sector, it is of great importance to make decisions based on information drawn from data. It might be wrong for a building to be fitted with floor to ceiling windows in an effort to reduce the building’s energy consumption, if the decision is not leveraged on information drawn from adequate data sets. The floor to ceiling windows might on the contrary increase energy consumption because of cold. With MVLR, commercial buildings can check the impact of multiple variables on energy consumption. Basing on the results, a decision as to which independent variable(s) to alter to what extent, so as to achieve the desired result can then be made. Energy efficiency might rather be achieved by replacing large windows with concrete walls to conserve heat.

It is always important to stay on top of the risks involved in maintaining a building including evaluating multiple mitigation methods. One of the last things any business looks forward to is exposure to potential problems, which, if paid attention to, could be prevented.

For example it would not be wise to pick the same type of heat sensor for both Alaska and Chicago. Such a heat sensor could freeze in Alaska as opposed to properly functioning in Chicago. This is true even for risk assessment with respect to energy consumption in commercial buildings.

With multiple regression analysis, simulations could be run on the impact of energy consumption and building design on the durability of the electrical grid of a commercial building. Using these simulations, commercial buildings can stop the risk of power failure resulting from high consumption beyond the strength of the grid, or use construction designs with a reasonable anticipation of when to have the grid changed. In most cases, the best solution can be attained by taking in to consideration all the independent variables involved.

After a commercial building has been constructed and occupied, every building owner and facility manager are challenged with how to better manage the energy consumption of the building. Establishing a baseline and tracking system is a critical first step in effectively managing energy use. Developing a baseline can help you understand your energy use within the building and give it a point of comparison to evaluate future efforts to improve energy performance. It can also support efforts to validate your energy management activities, improve comparative analyses when using benchmarks, and help in predicting future energy needs.

Multi variant linear regression (MVLR) is the recommended approach to not only establish the baseline but also provide accurate results. This approach utilizes regression analysis to provide normalized facility-level energy consumption and annual and total changes in energy intensities that account for the effects of variables such as changes in production and weather. The building’s management can compare and draw reasonable conclusion as to whether or not they are consuming below, above or at par of the anticipated energy consumption level. If the actual is a deviation from the standard, using the MVLR as the baseline, some changes can be made (replacing some appliances with low energy consumers and/or changing the number of water outlets) to have energy consumption at the standard. Keeping a close eye on consumer patterns in a particular industry is an important step in making the most out of the market. Using MVLR, it is possible to establish linear relationships between consumption patterns and the factors influencing consumption trends. The data collected and plotted could provide an outline of the steps to implement in order to either cut cost or increase income.

The results of a Multiple Variable Linear Regression may show that energy consumption in a commercial building is driven by occupant density and type of cooling system in place. To cut costs, thereby augmenting revenue and managing energy efficiently, the building could choose to convert some of its office spaces to residential units with limited persons per resident. The cooling system in place could also be swapped for a favorable low energy consumer.

In conclusion, energy efficiency is on top of mind for every building owner and facility manager due to rising energy prices, increasing energy shortages, pollution and social responsibility for a sustainable future.

This has led to a formal approach to energy management that can produce the best results possible. This involves data collection, setting up baselines and analysis of the drives of the outcomes. Multi-variant linear regression is a highly recommended statistical model that can help with calculating baselines and forecasting energy consumption based on multiple factors like size and location of the building.

Why stop with our blog? Check out our webinar recording - Are Data Loggers Extinct? Real-Time Data vs. Data Loggers