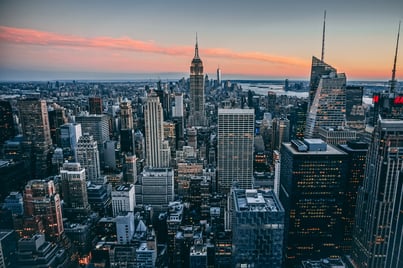 How to Leverage IoT to Obtain Reliable Building Performance Data

With the world moving towards a global village, the Internet of Things is breaking technological barriers to ensure a truly global world. The Internet of things is a network of physical devices and other objects running on electronic software, actuators, and sensors to enable connectivity and exchange of data between these devices. Basically, the IoT gives you access to all your home’s functions from halfway around the world. It leverages the existing worldwide network – Internet, to ensure communication between devices in your home. For example, using the Internet of Things you can turn off your TV in Michigan from Australia simply by using your phone. For the IoT to work efficiently and in real time, the following are prerequisites:

1. IoT can be leveraged using sensors to obtain reliable data

A sensor essentially is a device, which detects or measures physical inputs (smoke, humidity, temperature etc.) and either reacts to that input or send information concerning the input to a system. To collect building performance data, sensors have to be installed in different locations to account for varying physical inputs. This could lead to a building having anywhere from a few sensors to hundreds of sensors. Each sensor independently collects and reacts to its respective input. This however does not make the job of the collecting, interpreting, harmonizing and drawing of meaningful information from these sensors any easy. The complexities of such operations involving sensors from possibly different manufacturers, which are not inter-communicating, are prone to certain inherent errors. These errors lead to non-reliable building performance data. Which in turn could significantly alter decisions to be made based on the performance of the building.

Cloud technology could be critical in obtaining reliable building performance data. If you have ever lost valuable information due to a system crash, or PC theft, then you know the cloud is probably one of the best innovations to come with technology. IoT being leveraged on the cloud provides a constant and secure backup for all data being pulled from the sensors, actuators and other devices responsible for providing building performance data. It ensures continuity in data collection by other devices when one device malfunctions. This continuity ensures that data is never lost or altered by other systems, and guarantees remote access of real time building performance data.

3. Reliable building performance data can be gotten through IoT repositories

IoT repositories are the best way to go in obtaining reliable building performance data. This source of building performance data is best for developers who are still looking in to executing a structure. The reliability of this data is based on the one of the key functionalities of IoT – that of collecting data from numerous sources and harmonizing it to give actionable information. Based on the ability of the IoT to pull data from several devices and secure them through the internet and cloud based technology, developers can pull out the exact kind of building data they need to enable them build the right kind of structure. The accuracy of data from IoT repositories allows for reliable scenarios to be tested on virtual buildings with accuracy and comparative results.

4. IoT can be used through Building Management Systems

The great aspect about building IoT is their ability to be seamlessly incorporated in to any existing system. IoT does not come with any preprogrammed system, which must be installed and used independently. Rather, it is like a generally receptive plugin, which fits easily while augmenting performance. Building management systems like the devices from which they pull data essentially run on a 1+1 = 2 system. Such a system provides unreliable data about the building because the devices in the building are not interconnected. Through the incorporation of IoT in to Building Management Systems, building analytics could begin to present comparatively more reliable data. The interconnectivity between the devices creates a synergy which looks more like 1+1 = 3. This is because devices do not communicate isolated data, but correlate this data with that of other devices to present a more reliable building performance data.

5. IoT can be leveraged for reliable building performance data through actuators

Actuators are the mechanics by which a device acts upon an environment. Actuators respond by performing specific motions upon reception of a signal. This implies that the accurate measurement of each and every actuator movement could provide critical information as to the performance the subject the actuator is reacting to. Typically, a smoke sensor will spray out water when it detects a particular concentration of smoke. However, even before the smoke reaches such a critical level, minute levels of smoke cause movements in an actuator. Though these movements do not necessarily lead to water being sprayed, a measurement of every actuator movement could provide very accurate data with respect to the building. Principally, IoT uses sensors and actuator to provide very reliable building performance data, which might not be picked up or ignored by other systems.

To obtain reliable building performance data, IoT will have to be leveraged. This is due to factors such as its flexibility and somewhat universal compatibility. IoT puts building performance data in perspective by allowing interconnectivity and communication between devices in a manner that most other systems don’t. Paying attention to every detail and collecting data from every movement or rotation assure the accuracy and applicability of building performance data. With the Internet of things sector projected to be a multi trillion industry by 2020, it is certain therefore that in the nearest future the IoT will influence a majority of data.