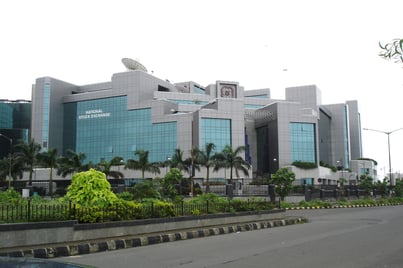 Ongoing drought conditions on the West Coast have cast the spotlight on trends in water use. Conservation efforts that started out as voluntary are fast becoming mandatory across many cities and towns. As water gains recognition for being the valuable resource it is, building operators are looking at different approaches to integrate water management into their overall conservation efforts.

When it comes to water consumption, office buildings stand head and shoulders above other buildings as the thirstiest. These commercial properties account for 25 percent of overall water use, according to data from the EPA’s Energy Star Portfolio Manager. Retail properties are the second largest water users, followed by schools, and then banks. The challenge facing water conservation efforts on any type of property is the price of water. Water is cheap, even in drought-stricken areas. Some property owners take steps to reduce water use by installing fixtures, such as low-flow faucets and waterless urinals, which helps make a dent in commercial water consumption. But in order to effectively manage water consumption, commercial properties must look at both indoor and outdoor water use.

The largest allocation for water on commercial properties is for landscaping, which can account for as much as 70 percent of water use at some buildings, Mark Graf writes in Consulting-Specifying Engineer Magazine. Many cities and towns run rainfall runoff into sewer systems, which turns storm water into a budget expense.

“Rather than getting rid of storm water as quickly as possible, a sustainable approach to storm water management involves finding ways to harvest it on-site and use it for irrigation and groundwater discharge,” Graf writes.

Commercial properties have multiple ways to conserve water. Water collection systems can capture and store rainwater from outside, as well as grey water from plumbing fixtures. But in order to effectively conserve water, building managers must have a way to track consumption. Take, for example, the efforts undertaken by the Seattle Mariners. Groundskeepers for the baseball team implemented sensors and software to get a comprehensive look at the stadium’s water consumption, and track that consumption over time.

During one month in the offseason, the Mariner’s grounds crew noticed that water consumption was higher than normal. The higher water use turned out to be a leak in a fire hydrant line. Joe Myhra, a groundskeeper for the team, said the crew discovered the leak through analysis provided by software. Without analytics Myhra said the crew might not have noticed the leak until it had escalated into a much larger problem. In the last three years, analytics, combined with efforts such as low-flow toilets, have reduced stadium water consumption by 2 million gallons and cut water costs by 10 percent.

Property managers are going beyond low-flow water fixtures and rainwater reclamation. Businesses are increasingly turning to new technological solutions as part of a comprehensive approach to water management. Global Water Intelligence, a research firm based in England, projects that global spending on water-related technology will reach $25 billion by 2018, a more than 66 percent increase over such spending in 2010, according to a report from Reuters. These systems employ sensors, smart meters, and analytics software. But this spending is an investment. Had the Seattle Mariners not caught the water leak in its fire hydrant line, the team would have continued pouring money down the drain on wasted water and possibly paying for a much more expensive repair at some point in the future.