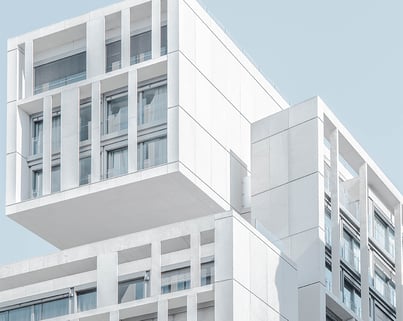 What Is Building Automation?

Basically, it is a system that can assess and perform tasks from start to finish without human interaction.

There are four major tasks every BAS should perform:

Building automation systems have become more and more relevant across a wide variety of industries. Especially in the past decade or so, as green buildings and smart buildings have started to become the way of the future, more and more buildings are being built to be automated. As you might imagine, because of the varied needs of each industry there are a few different types of BAS.

An artificial neural network mimics biological neurons. It has a central core that uses mathematical and computational data to analyze the systems and rhythms and adapt to maintain a healthy working system. This type of system can begin to recognize patterns from pools of data and make changes to the way the systems interact with each other. This can be helpful in determining at what point in the day HVAC systems should be turned on or when lighting is needed and how much.

The distributed control system is a flexible system that is not centralized but that has separate controls throughout the system to perform different tasks as needed. Though all of the controls are connected to each other, they do not all need to run at the same time. This type of system is especially useful in manufacturing companies that have a lot of complicated machinery that needs to be able to function somewhat independently, but also needs the systems to be running continuously.

This system requires input from a human user. While a large portion of the system will still be automated, interaction with the user will determine how the BAS controls and displays data. It is still dependent on there being an easy-to-use and high-functioning user interface that will correctly communicate the user's desired actions to the overall system.

The supervisory control is a very large industrial control system that often utilizes artificial neuron networks in conjunction with human interface systems. At first glance, it can resemble a distributed control system because it controls a network of independent BAS, but the difference is that they are not being controlled in real time by the supervisory control system, but rather coordinating the difference processes. It can then take the data from all of the systems to improve the overall network. This is also frequently used in manufacturing sites or to connect many different buildings in the same area.

Programmable logic controllers are utilized if a higher degree of control is needed. It is operated in real time and is ideal if tasks need to take place on a certain time frame or have a deadline. This type of system is very adaptable and has a wide range of functionality for temperature and other variables that might affect performance. Logic controllers are frequently used for assembly lines or robotics.

Benefits of Having a Building Automation System

The benefits of incorporating a building automation system into your building are quite numerous. One of the biggest reasons that they have become so ubiquitous, is because buildings with BAS are known to be more energy-efficient. Because the HVAC and lighting systems are automated and do not rely on user interaction, they can be more sensitive and highly sophisticated. In addition, since the systems themselves don't use very much energy and are run through Ethernet wiring, they can help diminish the amount of overall energy output of a building.

Building Automation Systems also help speed up the over all processes throughout the building and provides comprehensive feedback on any issues that arise, which can help streamline problem solving. It is important for this reason to have a highly functional user interface, because it will ensure that feedback from the system will be available to the user. It also allows adjustments to be made manually if needed.

In addition to the HVAC and lighting uses, BAS can also be used to integrate fire alarms, security alarms, boilers, air handling, information security and even building occupancy. Having all of this information centralized into one system allows for seamless communication and efficiency for every aspect of the building.

Buildings outfitted with building automated systems are the way of the future and will become even more necessary as the green regulations on buildings grows tighter. But aside from the environmental benefits, it creates an ease of use for building managers, users and occupants.