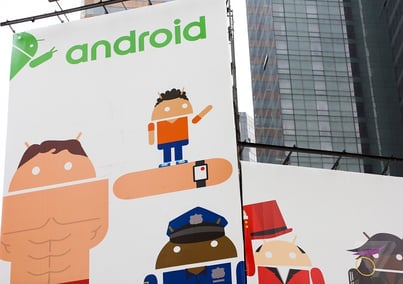 As an Android phone user, I’m a big fan of Google and services like Google Maps, Google Voice, and Google Play Music. Although I don’t have a Google+ profile, which should not be surprising considering I’m not a Google employee.

This week Google announced two updates to their IoT developer platform, which the company claims will make it faster and easier for developers to create IoT products. Google is releasing a Developer Preview of Android Things, “a comprehensive way to build IoT products with the power of Android.”

The tools enable Android developers to build smart devices using Android APIs and Google services, “while staying highly secure with updates direct from Google.” This, in particular, is great news considering the overall lack of security within the IoT. Google is also updating the Weave platform to make it easier for all types of devices to connect to the cloud and interact with services like the Google Assistant.

Wayne Piekarski, Developer Advocate for IoT, Google, writes, “In the coming months we will be adding support for additional device types, custom schemas/traits, and a mobile application API for Android and iOS. Finally, we're also working towards merging Weave and Nest Weave to enable all classes of devices to connect with each other in a secure and reliable way.”

In addition to the benefitting from the Android ecosystem, Android Things enables users to, “Develop with new Android framework APIs that provide low level I/O and libraries for common components like temperature sensors, display controllers, and more.”

“Anyone, from startups to large companies, can build commercial products at scale,” thanks to turnkey hardware solutions and a low barrier to entry.

For Hackaday, Jenny List writes, “The Things team have produced a set demonstration software in a GitHub repository for developers to get their teeth into. Never one to miss an opportunity, the British Raspberry Pi hardware developer Pimoroni has released an Android Things HAT laden with sensors and displays for it to run on.”

In the Background of Bigger Products

Writing for The Verge, Jacob Kastrenakes explains, “Android Things is an OS that you won’t really see, working in the background to let smart devices handle complex tasks on their own instead of offloading them to some server for processing. That also means Android Things is a better fit for bigger and more capable smart products. Think printers, locks, and ovens more than light bulbs and power outlets.”

Qualcomm intends to collaborate with Google to add support for the new Android Things OS in Snapdragon processors. “By using their expertise in Android and Snapdragon processors to support development of a variety of connected devices aimed at both consumer and industrial applications, this initiative intends to help a vast number of developers participate in the IoT opportunity.”