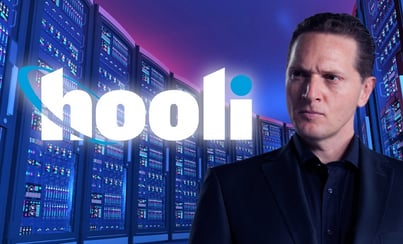 I recently saw a video in which Robert Forget, CTO of industrial solution provider Aware360, discussed the IoT as well as the value of Gemalto SensorLogic. Mr. Forget stated, “I think the biggest challenge to IoT right now is Fitbit and things like Fitbit where the end-users are regular people out in the market, and whenever they hear ‘IoT’ they think, ‘Oh I can track my steps, I can track my calorie burn.’ And because of that, it’s almost become a consumer-ized term, as opposed to something more enterprise or more industrial by nature.

“I think our biggest challenge is educating the market so that they can understand that it’s not only puffery.”

Misunderstanding among consumers is not something I’ve previously heard described as a significant IoT challenge, nor one I’m inclined to agree with.

When you’re marketing enterprise technology, do you need to concern yourself with the perceptions of the consumer base? The fact that the average Fitbit wearer has no familiarity with the industrial applications of IoT doesn’t strike me as a problem whatsoever – as long as that Fitbit wearer isn’t one of the enterprise personas you need to influence as part of your sales cycle.

Which leads me to consider: What are the biggest challenges to the advancement of IoT?

United States Federal CIO Tony Scott recently stated that developers, energized at the possibilities of making things interoperate, are not asking if they should do so. Self-awareness is a vital feature that’s currently lacking within the IoT.

Scratching the surface of IoT security even slightly can be terrifying. Thankfully there are brilliant hackers of the “white hat” variety, meaning hackers who try to break systems in order to reveal vulnerabilities to help resolve those vulnerabilities and make a product more secure. This is in contrast to “black hat” hacking, which aims to uncover weaknesses and exploit those weaknesses for theft or other illegal, illicit purposes.

White hat hacker Billy Rios was profiled in this excellent Bloomberg Business Week article last fall, “It’s Way Too Easy to Hack the Hospital.” While Mr. Rios is a professional to admire, what he has unearthed is frightening.

As I recently wrote, analytics is a significant challenge to the success of IoT implementations; one that many companies struggle with. Gathering data yields no value if you don’t subsequently do anything with that data.

With the increase in internet connected things, comes a corresponding increase in data gathered from those sensors. That data needs to go somewhere. As the character Gavin Belson, CEO, Hooli, on the HBO series Silicon Valley describes what he calls, Datageddon. “92% of the world’s data was created in the last 2 years alone. At the current rate, the world data-storage capacity will be overtaken by next spring. There will be nothing short of a catastrophe — data shortages, data rationing, data black markets...”

Data centers, like batteries, require energy, and lots of it. While powering the data and analytics that power the IoT is a challenge, fortunately solutions exist. For example, locating data centers in regions with an abundance of sustainable, reliable, low-cost energy, such as Iceland.

Baffling implementations that no one needs or wants are an obstacle to the advancement of the IoT. My recent post on 7 unusual IoT implementations certainly contains a few such examples.

While the below tweet references bots specifically, it sprang to my mind immediately on the question of use cases. Just because we can connect a thing to the IoT, doesn’t mean we ought to.

In a recent survey of 440 IT pros conducted by Spiceworks, 97% of respondents expect to see their company’s demand for bandwidth increase in the next five years. More devices per user was among the top factors impacting bandwidth requirements.

Battery life, like sensor size, continues to improve. However, the fact that they can and will run out eventually can be problematic. Additionally, disposing of electronic sensors and some batteries can be an environmental hazard when people are unaware of proper disposal requirements.

As with any new technology, there’s undoubtedly enough to worry about as the IoT continues to grow. But I respectfully disagree with Mr. Forget that misunderstanding among consumers registers on that list.