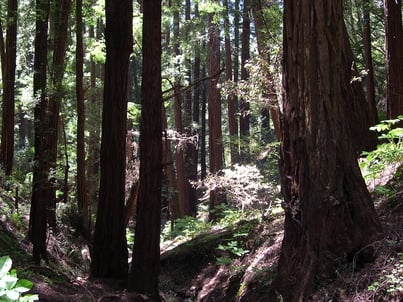 IoT Analytics: What to Do with All the Data?

This week Strategy Analytics released a study, IoT 2016 Deployment Trends and Usage, based on a survey of 350 global businesses in 23 vertical markets. While I applaud the firm’s efforts to write a catchy headline to announce the study, “IoT Weakens Security With Uncertain Cost Savings,” certainly doesn’t bode well for the IoT industry. Fortunately, both concerns can be remedied with effort. As with any new business process or technology, care must be taken in implementation. It’s not IoT that is inherently insecure or excessively expensive. It’s the execution of an IoT project. IoT is as useful, secure, and powerful as technology is.

Analytics: A Driver of IoT Adoption, and a Challenge

The study found that the top reason for businesses to implement IoT technology is the potential benefits resulting from data analytics. However, 44% of respondents currently perform some level of data analytics, but admit they could do a better job.

"While Data Analytics emerged as the top reason for an IoT deployment, a significant percentage of companies struggle with how to analyze that data to benefit their business," noted Andrew Brown, Strategy Analytics Executive Director of Enterprise and IoT Research. "The data deluge is problematic; over 50 percent report that they have too much data to be able to analyze it efficiently," Brown added.

If a Tree Falls…

If a tree falls in the forest and nobody is there to hear it, does it make a sound? Of course it does.

And if an IoT sensor collects data and no one looks at it, does it bring value? Of course not. The fact that analyzing data generated from the IoT can be difficult isn’t a reason to abandon IoT deployments, but merely cause for focusing on this aspect of your implementation, and planning carefully before moving forward. As pointed out by author DH Kass in Channelnomics, this also presents numerous opportunities for channel partners to assist businesses.

The Need for Analytics, but Not Professional Analysts?

I recently had drinks with colleagues in the Business Intelligence (BI) industry. In considering the next major developments in BI, one colleague mentioned the removal of humans. If analytics reveal a need for change, further systems can simply move forward with implementing that change. No humans required.

For example, if an analytics engine detects an inventory level has dropped below an established threshold, rather than triggering an alert, it could simply complete the reordering task. Furthermore, the “established threshold” could be set by the system itself, rather than a human, based on analysis of past inventory and order levels. One can see how eliminating the human involvement in such cases can be much more efficient.

Such a development would be in keeping with much technology evolution. Machines are replacing humans in many aspects, even driving. I recognize the overwhelming potential of driverless cars to save millions of lives, and I embrace the technology.

But it’s interesting to think of the impact of removing humans being from decision making. As my colleague noted, this would also eliminate the need for visually appealing dashboards consisting of lovely charts and graphs featuring animation and appealing color schemes.

The Full Potential of IoT

Much like the path to autonomous cars can be clarified as having distinct, progressing levels, I expect the consumption of business intelligence by machines to progress slowly through stages. However, unlike the driver in an automobile, I don’t expect humans to be eliminated.

Fortunately, it is also not necessary to eliminate or even reduce human involvement in analysis in order to make better use of big data generated by IoT. But interconnected systems and a strategic approach to analytics are vital. And this is certainly achievable in the present day.

Just step closer into the forest and you’ll hear that tree fall… and be able to craft something beautiful from that wood.