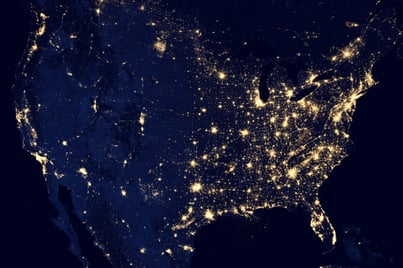 Edge computing refers to processing data within the nodes of the IoT. In other words, the ‘things’ within the Internet of Things conduct some level of processing and storage within those things, rather than transmitting all data to the cloud. This makes perfect sense because:

1. Not everything needs to go to the cloud.

Since IoT nodes generate vast quantities of data, sending it all indiscriminately to the cloud is wasteful, inefficient, and generates added cost without added value.

2. Some analytics must occur immediately.

While transmitting data to the cloud in order to conduct analytics can be fast, it’s still not fast enough in some cases, such as telling an autonomous car to break for a pedestrian. While our streets are, unfortunately, not yet dominated by self-driving cars, such issues are also relevant to machine-to-machine use cases.

Cisco refers to the concept as "fog computing," which I think is simply fantastic and an ideal fit; it is like the cloud, but closer to the ground. Other descriptions of edge computing include, “putting an extra layer of computing in the network between the end device and a centralized data center.” Additionally, “every artificially intelligent object will use vast amounts of processing power, effectively becoming its own mini data center.”

Peter Levine, a partner at Andreessen Horowitz, claims edge computing is, well, ‘cutting edge,’ and the next big thing. As published in a recent Business Insider article, Mr. Levine sees edge computing as the real result of the internet of things, and the next enormous change in computing.

Edge computing can even help decrease security vulnerabilities by reducing the quantity of data that must be transmitted to the cloud.

The Edge will kill the Cloud?

I always view drastic, sensational claims with a healthy dose of skepticism. (And, admittedly, an unhealthy dose of irritation!) The proclamation, “The Edge will kill the cloud,” may well deserve both our skepticism and irritation.

During his presentation at the recent Andreessen Horowitz Tech Summit, Mr. Levine stated, “Sensors are going to produce massive amounts of data. The existing infrastructure will not be able to handle the data volumes or the rates, and data is going to be stuck at the edge and computing is going to move to the edge along with that data.”

While the need for more computing to occur at the edge may be apparent, the way this will “Kill the Cloud” is much less clear. But I suppose it makes for a gripping title to the below slide.

Commanding the Edge with HP

HP’s Dr. Tom Bradicich states that the edge must get continually smarter as it gets more crowded. This will drive the need for high-performance computing solutions designed specifically for the edge, which must include such features as temperature, humidity, shock and vibration hardening.

The Future of the Edge

Writing for Network World, Alan Carlton believes edge computing is just not going far enough. “It sometimes feels like everybody is jumping on the edge computing bandwagon… This really is just opportunism that is confusing the space.” I don’t find this the least bit surprising. Perhaps it should be viewed as a testament to the rising importance of edge computing.