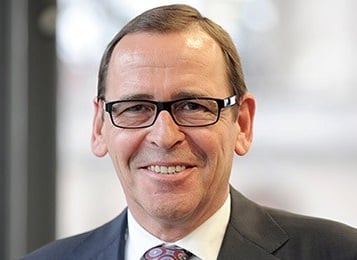 The strategies and evolution of The Bosch Group, with worldwide sales of over 70 billion euros, provide an interesting look into the growth of IoT. The company currently produces 4 million IoT sensors on a daily basis, and claims to be, “the only company worldwide that is active on all three levels of the internet of things:” sensors, software, and services.

Last month the company launched a connectivity strategy for China, which Peter Tyroller, member of the board of management of Bosch Group responsible for Asia Pacific, discussed with Shangai Daily. Bosch has a target to connect every product the company sells with the Internet, compared to the current 50 percent.

In the location of Bosch’s headquarters, the company contributes to a German public-private initiative known as “Industrie 4.0,” which aims to connect the Internet of Things to traditional industrial manufacturing.  German chancellor Angela Merkel stated, “We must deal quickly with the fusion of the online world and the world of industrial production.”

Earlier this year, Bosch launched the company’s first Internet of Things cloud-computing infrastructure and platform at a dedicated data center in Germany. This initiative was undertaken as part of the firm’s shift towards Industrie 4.0. Additionally, Mr. Tyroller stated that the purpose of the data center was to prevent data leaks. As someone affiliated with a data center colocation provider, I feel compelled to state that it is not necessary to build one’s own data center to mitigate the risk of data leaks. In any case, the development is interesting as another facet of Bosch’s IoT leadership.

The software core of the Bosch IoT Cloud is the company’s own IoT Suite. It enables companies to connect production machinery on a secure cloud and take advantage of its “Big Data Processing” application to analyze vast amounts of data generated. Bosch refers to this suite as, “The brain of the connected world.”

In discussing this infrastructure and strategy, Mr. Tyroller reaffirmed that the value of IoT is derived from the cooperation of sensors, software, and services.

Bosch will also embark on its first smart building monitoring project in Singapore. Sensors will be installed in elevators to capture data to be analyzed to help building managers conduct more efficient scheduling of maintenance and reduce the risk of breakdowns. Additionally, sensors in restrooms will enable better deployment of cleaners.

Clearly Bosch is a major IoT player with involvement in a wide variety of industries. Among the solutions already launched is the Bosch smart-home controller, which connects and allows communication of such devices as smart thermostats, door and window contacts, lighting, and smoke alarms. In addition to controlling your smart home from a mobile device, Bosch Smart Home functionality includes automatically lowering heating appliances when windows are opened. A demo video is embedded below.

Similar to Google Home, Bosch will also be able to connect to compatible devices from other smart home device manufacturers. Bosch expects some 230 million households to be “smart connected” by 2020 globally.

As a company with a long history of successful innovation, I look forward to continuing to observe Bosch’s success in the IoT space.