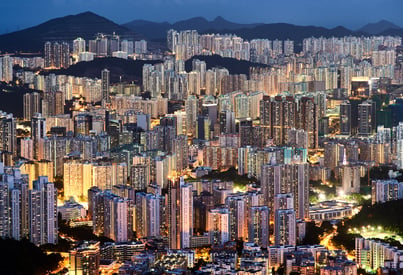 Build in Self-Awareness: IoT Must be Internet of Smart Things

United States Federal CIO Tony Scott recently delivered the closing keynote at the 2016 ICIT Critical Infrastructure Forum (video below.) In addition to discussing the proposed US IT Modernization initiative, Mr. Scott had some interesting insight on the ways in which IoT ought to be more secure and efficient.

One of the root causes of cybersecurity challenges is aging and out of date applications, infrastructure, and environments, which are inherently hard to defend.

“The fundamental nature of how we build things today, I think, is fundamentally flawed. The basic architecture still relies on chips, operating systems, network components, and storage. The basic building blocks of how we build applications & infrastructure hasn’t changed in roughly 30 years. And all of this was designed at a time when we didn’t face the cyber threats that we face today,” stated Mr. Scott.

Thanks to a focus on interoperability through the use of standards, you can take almost anybody’s thing and have it interoperate with anybody else’s thing.

“The question is not whether you can interoperate with the other things in your ecosystem. The question is, ‘Should you? Is that thing safe? Is it what it represents itself to be? Do we have a trust model that makes sense that we can scale across all of the things that we do?’”

Self-awareness is a vital feature that’s currently lacking within the IoT.

Sensors need to ask critical questions such as, ‘Is that thing a danger to me? Am I being compromised in any way? Am I being asked to do something that’s not what I should be doing? Can I communicate to other things in my ecosystem whether I’m healthy or not?’

As a part of the IoT, building maintenance systems can monitor assets such as fire extinguishers, smoke sensors, and lift controls. Buildings can become more efficienct as well as safer for occupants when sensors are added. But sensors need to communicate in effective ways in order to add value. The degree of self-awareness suggested by Mr. Scott can make efficiency systems themselves more efficient.

Mr. Scott also stated, “I don’t believe we can collect logs and analyze them for everything that’s going to be a participant in the Internet of Things. I don’t think there’s enough compute power or enough data science to do that effectively at really large scale.”

We at Senseware assist clients in optimizing their buildings, which includes reducing energy consumption. Ironically the exponential growth of data collected by the entire IoT necessarily leads to increased energy use, as the data is housed and analyzed in data centers: consumers of power. Collecting and analyzing data needs to be done strategically with a focus on areas for insights that can drive improvements. Unfortunately, ‘the more the merrier’ can’t always be applied to data collection.