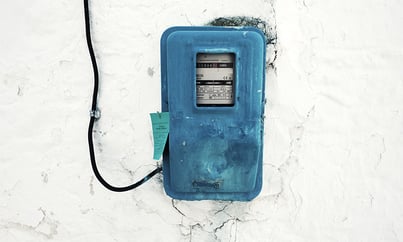 Boxes seem to be getting a bad rep these days. Whether it’s the poor Pied Piper team on HBO’s comedy “Silicon Valley” being forced to build one, or the disconnected data loggers that plague building managers, boxes are causing people grief.

“We can’t take my algorithm and put it in a box and bury it at Maleant. We just can’t.”

Fictional CTO Richard Hendricks and his team at Pied Piper resisted the creation of a rack-mounted, data center-based box versus a platform, considering it a poor use of their technology. Furthermore, they perceived the existence of onsite staff in the subterranean data center as a miserable one. Indeed shuffling indiscriminately from one location to another with no meaningful insight on which to plan your day is frustrating.

In the case of Silicon Valley, building and maintaining a box would have left Hendricks and team in a windowless basement, and Energy Service Companies and building managers are often left in the dark by data loggers as well.

While this type of technology undoubtedly adds value and insight, the key words here are “then disconnected.” Ubiquitous connectivity is a component of the IoT that adds tremendous value. For example, one Senseware client was receiving alerts that a particular sump pump kept turning on and off, while others were unchanged. After investigating, they discovered a malfunctioning check valve and were able to repair it before the pump reached critical failure.

Without timely alerts, such proactive maintenance is impossible, and this customer could have suffered a costly flood. If my fridge can be smart enough to email my food delivery service when I need milk, a multi-story industrial building should certainly be smart enough to remotely – and promptly – inform maintenance crews of equipment failures and outages.

The phrase “outside the box” is synonymous with innovative thinking. It happens to be an applicable metaphor for building maintenance. Disconnected data logger boxes had their places in the past, but far superior tools now exist.