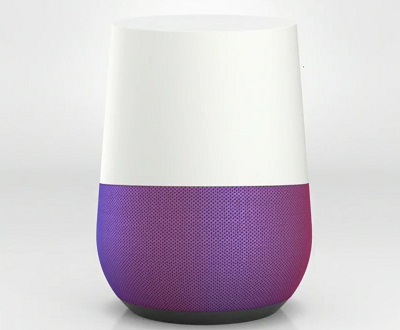 Toward the Smart House with the Launch of Google Home

The path to ubiquitous IoT connectivity marches inexorably on. I found myself wondering when there would be a sensor on my dog. I meant it as a hyperbolic joke, and then I remembered this:

Volkswagen - The Connected Dog from ACHTUNG! on Vimeo.

While such dog ‘hats’ with speakers and cameras are far from common, my dog does have a microchip for identification in case she’s lost.

As part of the expanding IoT, yesterday Google announced the launch of Google Home, “a voice-activated home product that allows you and your family to get answers from Google, stream music, and manage everyday tasks.” Google Home is not yet available, and the cost was not announced. The Google Home website is strangely absent of content. I don’t mean that as an exaggeration. It quite literally contains only 2 sentences and an email sign-up. Nothing more.

Like its incumbent competitor, Amazon Echo, Google Home works with third-party smart home devices, including Nest products such as thermostats and cameras. However, the number of home automation devices Google Home will work with is limited. Google wouldn't say which, but it will include at least some thermostats and lights. Additionally, Google is not releasing an API yet.

Google Home is designed with multiple rooms and speakers in mind. You can tell any one speaker to play music on others. As written in Wired, “Home looks like a cross between a small vase and a large salt shaker” and, unlike its competitor, Amazon Echo, you can select the color.

But the advantages of Google Home extend far beyond color selection.

According to The New York Times, “Google, which knows more things about more people than any other company, organization or government in history, announced on Wednesday a new household device that will use that information to help people run their lives.”

Amazon has insight into what you buy, but not the extensive insight Google may have for my fellow users of Gmail, Chrome browsing, Google Play music, Chromecast, and more.

“Being able to integrate with Google search, and not only just search but a contextual search that knows my search patterns, what I’ve done in the past and can bring that to bear, is very important,” says Forrester analyst Michael Facemire.

And therein lies the crux of the issue: connectivity must be accompanied by data and analytics. No doubt Echo’s connection alone to the Web has value, but the context created by Home’s deeper knowledge base far exceeds Echo’s ability to tap Wikipedia.

The ability to inform me of traffic when I ask is a useful feature for a virtual assistant. Much more useful is the tool which knows I drive to the gym every Tuesday morning, and warns me in advance that I’d better leave earlier, and not take the freeway, due to an unexpected back-up.