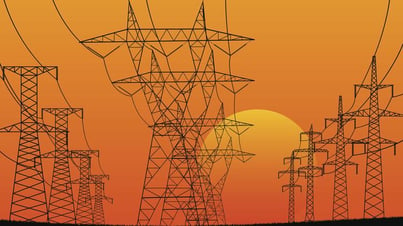 As the standard of living increases, more and more energy is consumed in the U.S. This puts an intensifying strain on the country’s aging grid and forces inefficient and pollution-producing power plants to help meet demand. Something has to give. Luckily, increasing building efficiency can be an easy and effective way to provide relief, particularly when it comes to bringing down energy consumption.

Per-Capita Energy Use is Growing

Per-capita energy use in the U.S is growing quickly, writes Richard Gerbe, Co-Founder of HIGHMARK, in a recent article for Energy Manager Today. According to the Lawrence Livermore National Laboratory, Americans used 2.3 quadrillion thermal units more in 2013 than the previous year. The story is the same across other countries as world energy consumption is projected to grow by 56% between 2010 and 2040, as determined by the U.S. Energy Information Administration (EIA).

But why are we using so much more energy in the first place? A root cause is the nation’s rising standard of living, as well as its growing population, which means a greater number of Americans need a larger amount of electricity. Phones, computers, and other devices require round-the-clock power are widespread for Americans with varying levels of socioeconomic status. Also, more people are using air conditioners in the summer, and gas/electric heat in the winter.

The fact of the matter is the world we live in runs on power, resulting in a 10% increase in electricity demand over the last decade, according to the International Business Times. What’s more, The National Academies of Sciences, Engineering and Medicine predict that electricity demand will increase further by 35% 2030.

The Power Grid is Maxed Out

This increasing demand for energy puts a constant strain on the nation’s aging power grid, which dates back to World War II and primarily consists of outdated technology from the 1960s and 1970s. The U.S. grid is being taxed beyond its limits, with more blackouts than any other developed nation. The U.S. Department of Energy (DOE) estimates these blackouts cost U.S. businesses as much as $150 billion per year.

But fixing the problem is no easy solution. Modernization and updating are incredibly difficult, especially in older industrial cities, since long-standing infrastructures aren’t going anywhere soon. This means that we’re locked into the framework that we have, and the best approach for providing relief to the grid is by helping it to become more efficient.

How can building efficiency stave off the energy crisis? Optimizing how residential and commercial buildings use energy, water, and other resources enables the power grid to transfer energy previously consumed by wasteful building operations to areas of the economy that need it most. For example, if a building’s energy use is decreased by 40%, that energy can be used instead to offset the increase in energy consumption resulting from a rising living standard across the U.S.

One of the reasons building efficiency can be so effective is that instead of looking upstream at energy production, it focuses downstream on how energy can be expended more efficiently. Enabling end points of consumption to operate more efficiently addresses the consumption challenge, which is the general wasteful use of energy across the grid.

Controlling energy use and increasing the flexibility of grid energy allocation will help the U.S. become more energy efficient, which is important as our country currently wastes about 61% of the energy we produce, according to the Lawrence Livermore National Laboratory. Building efficiency plays a key role in this transformation, as buildings consume about 40% of energy and 70% of electricity used in the U.S. each year.

It’s clear that energy consumption is growing, to the point of stressing our nation’s power grid beyond its limits. Whether buildings leverage sensors or updated energy systems to improve efficiency, these efforts will be vital in curbing energy use, relieving the U.S. power grid, and enhancing the effectiveness of the energy production infrastructure for years to come.