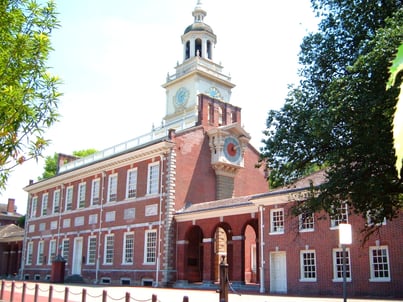 The Push for Energy Efficiency in America’s Historic Buildings

Historical buildings are everywhere. In a country with such a (relatively) short history, we Americans care deeply about protecting our historic and archeological resources. Every week, 20-30 properties are classified as historic buildings worthy of preservation by the National Parks Service, which administers the National Register of Historic Places Program.

And while some of these buildings have special significance, most didn’t play a dramatic role in history – they’ve just been standing for a long time. Even in the town over from Senseware HQ (outside Washington, D.C.), the original Vienna library stands quietly preserved amongst million-dollar homes and a thriving commercial hub.

Most historic buildings are still operational – either as museums or for other public use – and they’ve traditionally gotten special treatment when it comes to energy efficiency. That might change, however, as ASHRAE (an organization devoted to advances the arts and sciences of heating, ventilation, air conditioning, and refrigeration) recently announced their “Energy Guideline for Historical Buildings,” which is currently open for comment until May 2, 2016.

It’s important to note that historical buildings aren’t necessarily inefficient. In fact, older generations of building may have a higher native level of energy efficiency than the average building, simply because the ones that survived were solidly built and have been well cared for over the years. However, up until last year, historical buildings have enjoyed blanket exemptions from energy codes implemented by the International Energy Conservation Code (IECC). Now, each site must petition to the IECC to win the exemption.

This month, ASHRAE announced Guideline 34P, “Energy Guideline for Historical Buildings,” to bridge the gap between energy conservationists and historical preservationists to bring historical buildings up to code. Committee member William Rose explains that the approach to improving energy efficiency in historic buildings must be a bit different because the proactive cooperation of a significant group not present in other upgrade scenarios – preservationists – must be courted.

Rose argues that where possible, the building should be left as it is. “There’s a predisposition to do nothing, leave it alone,” he explains. “If the building is already energy efficient and isn’t a burden on society, generally that’s fine.” But for buildings that aren’t energy efficient, new tensions have arisen between people whose primary interest is in energy efficiency and the preservationist who suddenly have to think more deeply about the subject, according to Energy Manager Today.

ASHRAE’s guidelines can play an important role in forging the right relationship between all the parties involved. While preservationists are interested in saving money and acting in an environmentally responsible way, they can be protective and reluctant to make the changes necessary. ASHRAE helps mediate the tough conversations that need to happen and break down the silos between the conservationists (including mechanical engineers and building designers) and preservationists.

Many changes will be necessary, from insulation, without which older buildings have had to compensate by using a lot of energy to generate heat, to sensors that optimize energy use without having to replace their infrastructure. In any case, ASHRAE is doing important work to help conservationists and preservationist communicate more effectively to maintain our historical buildings for years to come.